Dance Association of Degree College is dynamic and vigorous for its active and constant participation in various cultural programmes to encourage our college students to showcase their dance talent within and outside the college.

In the past many years, participants of Dance association have grabbed numerous reputative awards and prizes across intercollegiate festivals in Mumbai.

Among this list,some major highlights include the following

Our students were qualified in the elimination round of Bollywood and folk dance of Malhar Fest and got selected for Final rounds on 7th August 2017.

Our Bollywood dance and street dance were qualified in the elimination round of Enigma Fest of Podar College on 14th August and selected for final rounds.

On 23rd September 2017 , Our folk dance won Second prize in the final round of Youth Festival organized by Mumbai University.

In the closely contested competition, the same folk dance team again won the 1st position, in one of the most popular Inter-collegiate festival Malhar, in St. Xavier’s College, Mumbai.

Akshata Manjalkar, our T.Y.B.Com student also won the first prize in BYTE I.T. an Inter-collegiate festival of our college.

Moreover, on the occasion of Utsav 2019-20, held on 24th December, 2019, Sathaye College (degree), dance association, presented seventeen dances- group as well as solo. Approx. 30 Particpants from senior college graced the evening with their brilliant and colourful performances on bollywood as well as folk songs.

During the pandemic lockdown, dance association continued with its practice of motivating students for showcasing their talents. We organised a two day dance workshop on folk and semi-classical dance by Shri Prashant Baflekar on 18th and 19th January 2021 on Google meet platform.

For the dance competition,we carried out an audition wherein participants sent their dance video clips from which we selected 10 participants whose final dance videos were shared with our Judge Shri Prashanta Baflekar. Shri Baflekar declared the result of this competition on Google meet on 9th February 2021 in the presence of Smt Jayshree Gaikwad, Dr. Pratibha Kamble, Smt Vasanti Todakar, Smt Sampada Sawant and our final participants. Divyashree Dhirde won the first prize, Siddhi vanjare won the second prize and Ashwini Lele won the thrid prize in the online dance competition. 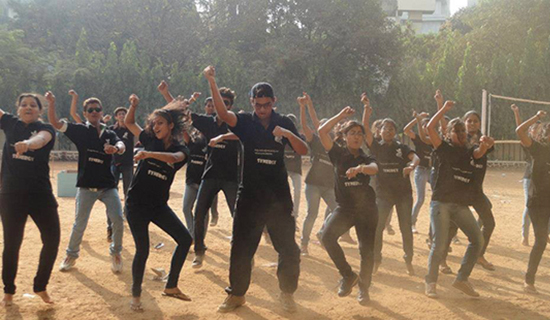 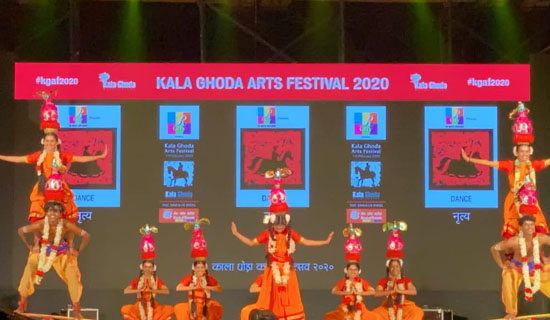